Guy Wants To Get A Purebred Pug, His Friend Tries To Prove Why Its Animal Cruelty With Skull Comparison 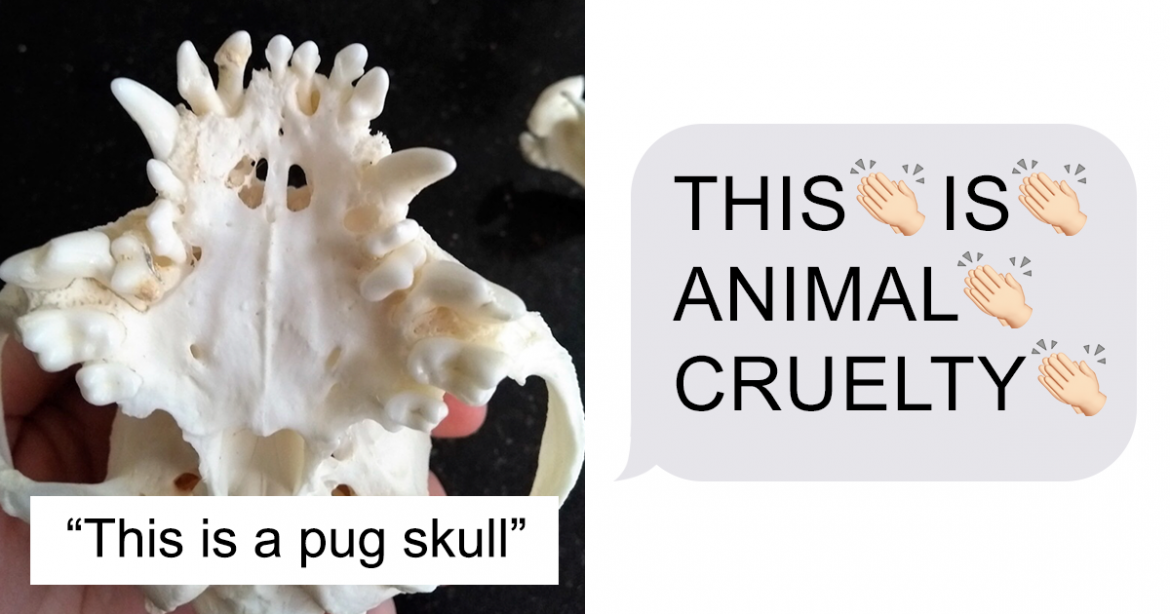 If a friend tells you that you’re making a mistake, you should at least hear them out. After all, it only shows that they care. So, when Imgur user NoNienNietNon heard that their buddy was getting a purebred pug, they tried their best to convince them to look at other breeds, mainly because of all the health problems pugs are so prone to. Comparing the breed’s skull those of other dogs, they explained why pugs are so prone to health problems Pugs’ history goes all the way back to the Chinese Han dynasty (B.C. 206 to A.D. 200). Sources say that Chinese Emperors really valued this breed, and kept the pups in luxury.They even sent soldiers to guard the doggos. Now, pugs are part of families from all over the world. However, these pups have a lot health issues worry about. “We see more short skulled dogs in publicity and that could be making people more aware of them, and how very charming these dogs can be,” Professor Paul McGreevy added. “These dogs are dying, we think, four years earlier than dogs of the same size with normal-shaped skulls. “Because they have got all of the tissues in their head that a normal dog has, but they have less room, they get dental crowding and they also get the soft palette hanging down – that is what gives them the [breathing] sounds,” he said, referring to the snuffling, snorting sounds such breeds often make. He also said that the wrinkles on their face – caused by excess skin – can lead to eczema and other skin disorders as well as eye problems, while the preference for large heads and small waists in such dogs can cause difficulties during birth. For example, litters of English and French bulldogs are known to require a caesarian section during their delivery. Here’s what people said about the whole situation

Almost finished… To complete the subscription process, please click the link in the email we just sent you.