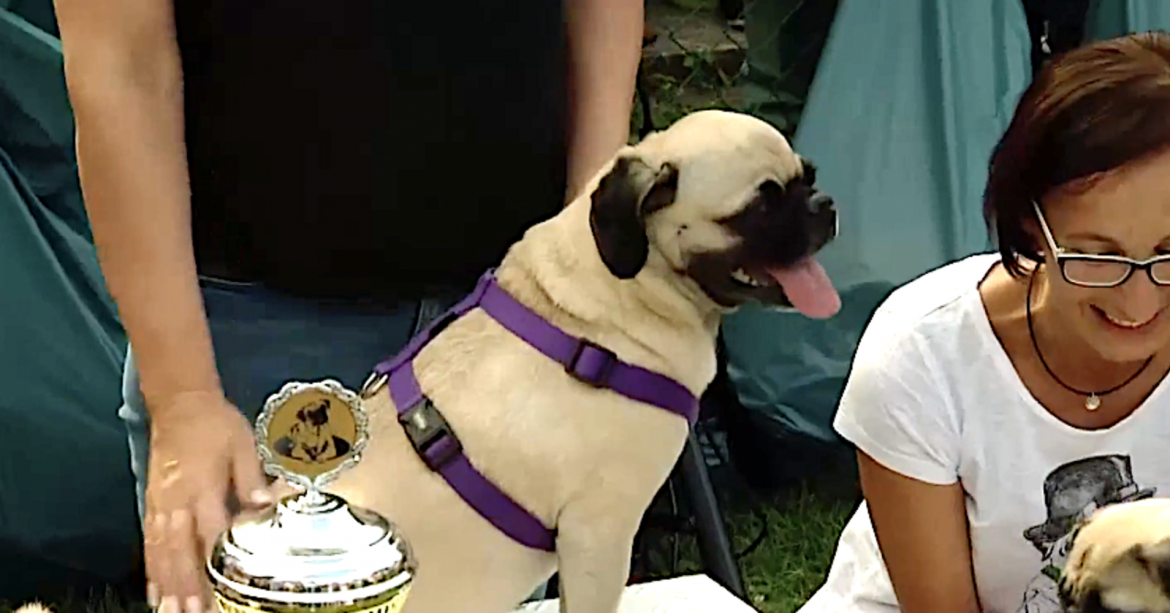 Those wondering who can fill the void left by Usain Bolt’s retirement from sprinting need look no further than Emma the pug.

The four-legged cutie won her third straight international 50-meter title for pugs on Saturday in Berlin, according to reports.

The 4-year-old smushed-face sprinter finished in 5.866 seconds to defeat dozens of others in the time trial.

For her three-peat, Emma received a big blue pillow with a pug face.

Runner’s World noted that while the pugs sizzled down the track, they were kept comfortable on a hot day with lots of water.

The World Dog Surfing Championship (No, Seriously) Took Place On A Beach In NorCal This Weekend, And The Winning Pooch Was

Do you look like your dog? Canine-human lookalikes in pictures