Why are people so disappointed with the Westminster Dog Show winner? 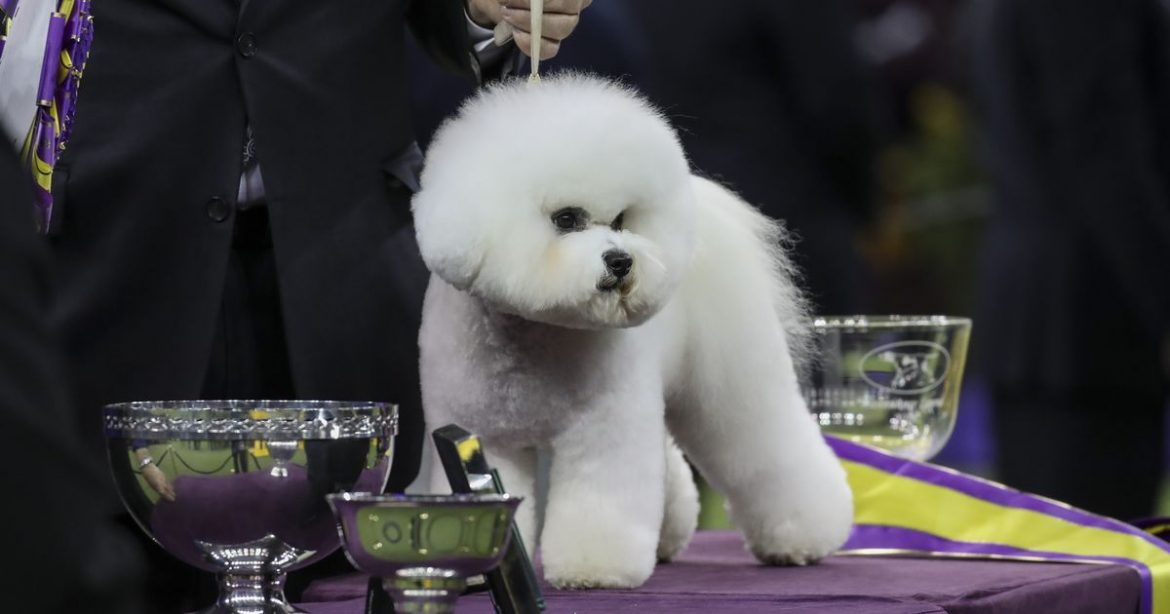 Flynn, a bichon frise, took home the award for Best in Show at the Westminster Kennel Club Dog Show. Why does everyone have a problem with that?
Image: Getty Images

A fluffed-up bichon frise named Flynn took home the Best in Show award at the Westminster Kennel Club Dog Show on Tuesday night, but not everyone was cheering him on.

To hear the Associated Press tell it, it was a moment of disbelief for those sitting on the sidelines. From the AP’s dog show dispatch:

“Fans who had been loudly shouting for their favorites fell into stunned silence when judge Betty-Anne Stenmark announced her decision.”

It’s true that Flynn was up against some heavy hitters in the fancy dog industrial complex. One pup in particular, a squat pug named Biggie, had fans in the audience chanting his name before the winner announcement.

Flynn, it seems, just wasn’t the winner people had in mind.

Here’s the thing, though: Flynn is a perfectly cute dog. His head’s shaped like a cloud. His fur’s the shape of a snowsuit. So why all the disappointment?

In talking about it, one of my colleagues suggested that the bichon frise seems too snobbish — the kind of dog a rich, older socialite might tote around Park Avenue. Another theorized that people dislike the dog because we can’t see its eyes clearly. “It has expressionless eyes and no eyebrows,” she said.

‘We attribute things to dogs that just are not there.’

“I think we tend to invest ourselves in all sorts of things,” says Dr. Philip Muskin, professor of psychiatry at Columbia University Medical Center. “Dogs being these creatures in whom we see ourselves in many ways, we attribute things to dogs that just are not there, but we wish to see those things there.”

Pugs — like crowd favorite Biggie — have, as Muskin puts it, “that kind of cute little baby face.” – wide-set eyes and round faces that can, in a small way, remind us of children. But the bichon frise? “It’s basically a cotton ball,” he says. “There are a lot of features you can’t see in the dog.”

But on a broader level, Muskin posits that our disappointment comes from the simple fact that we’re prone to picking favorites, and our choice “in some way represents us.”

“We all want to be more than we are,” he says. But if your favorite pug doesn’t win Best in Show? Don’t take it to heart.

And hey, there’s always next year.

WATCH: Boston Dynamics robot has nailed a craft that has evaded many of its predecessors – door handles