These Dog-Friendly Airlines Let You Fly With Your Pup, So Pack Your Bags & Bones 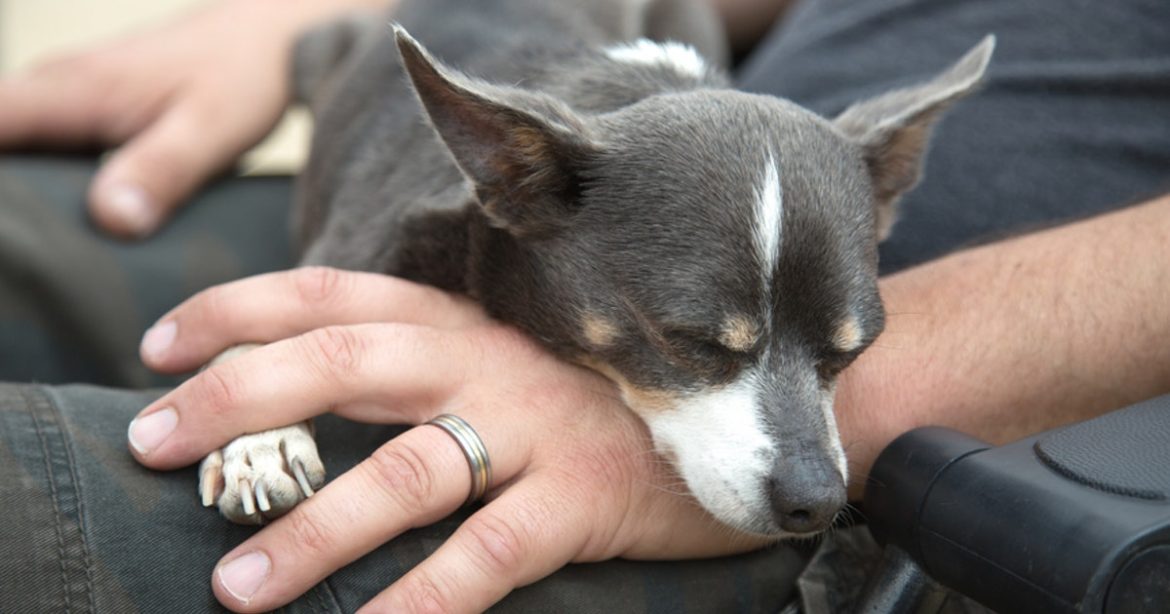 Traveling during the holidays is the ultimate getaway from work and social commitments, but leaving your pet behind can be stressful and expensive. And honestly, not being able to give your pooch their new chew toy on Christmas morning pretty much feels like the worst thing ever (trust me, I’ve been there). So, if you do decide to take your beloved pet on your holiday trip this year, you might be asking: Can I bring my dog on an airplane? Each airline has a different policy, so it’s important to check before booking anything.

Putting a pet on a plane can be scary for them, so if they’re small enough, it’s best to take them in the cabin with you. If your pet weighs more than 17 to 25 pounds (depending on the airlines’ specifications), however, they may have to either be checked as delicate baggage or as cargo, which is generally the only way to transport larger animals. This can be extremely stressful for them, and there’s always a chance that they’ll be transported to the wrong airport, like luggage.

According to PetTravel, there are a number of things pet owners can do to make their pet’s journey in cargo or checked luggage much more comfortable. PetTravel recommends introducing pets to the cargo crate early on, never using it as a punishing tool. It also recommends using a sedative if your pet tends to get nervous, and to keep them extremely hydrated leading up to the flight.

Checking a dog with luggage or into cargo can cost between $50 and $500, so definitely look up the price ahead of time before making any decisions.  If your pet is small enough, however, it’s much more comfortable and safe for them to fly in the cabin with you, either in your lap or under your seat.

Most major airlines do allow small cats and dogs in the cabin with prior notice, which usually incurs a fee on each connecting flight. The fees always vary depending on the airline. Airlines such as Jet Blue, American Airlines, Virgin Air, Air Canada, and Southwest allow small cats and dogs, charging between $50 and $125; Air France charges depending on the destination.

Delta and Spirit Airlines allow approved dog breeds, as well as cats and even small birds. Delta charges $125 per animal, while Spirit charges $100. United Airlines allows cats, dogs, birds (excluding cockatoos), and even domesticated rabbits for $125, and Alaska Airlines charges $100, only allowing pets to accompany those over the age of 18.

Aer Lingus and Emirates are two of several airlines that don’t allow pets to travel in the cabin , but they do provide space in checked baggage or cargo, if you’re willing to take the risk. Also, Emirates allows the transport of falcons in cargo. So, if you absolutely cannot leave your extremely large bird at home this Christmas, Emirates could actually be the perfect airline for you this holiday season.

While many airlines’ pet policies remind pet owners to consider a pet’s age and health before putting them on a plane, there are also certain dog breeds that are often restricted. Several types of dogs with “strong jaws,” such as Mastiffs or Pitbulls, are often restricted, which according to PetAirCarrier, is because they’re more likely to be able to break out of their crates. In 2011, United and Delta banned bulldogs and pugs from flying because their breathing problems posed a health risk. Always make sure to look into specific pet policies, and to check in with your vet before flying with your pet this holiday season.

Check out the entire Gen Why series and other videos on Facebook and the Bustle app across Apple TV, Roku, and Amazon Fire TV.

If you love ‘Stranger Things’ and pugs, you should definitely check out ‘Stranger Pugs 2’