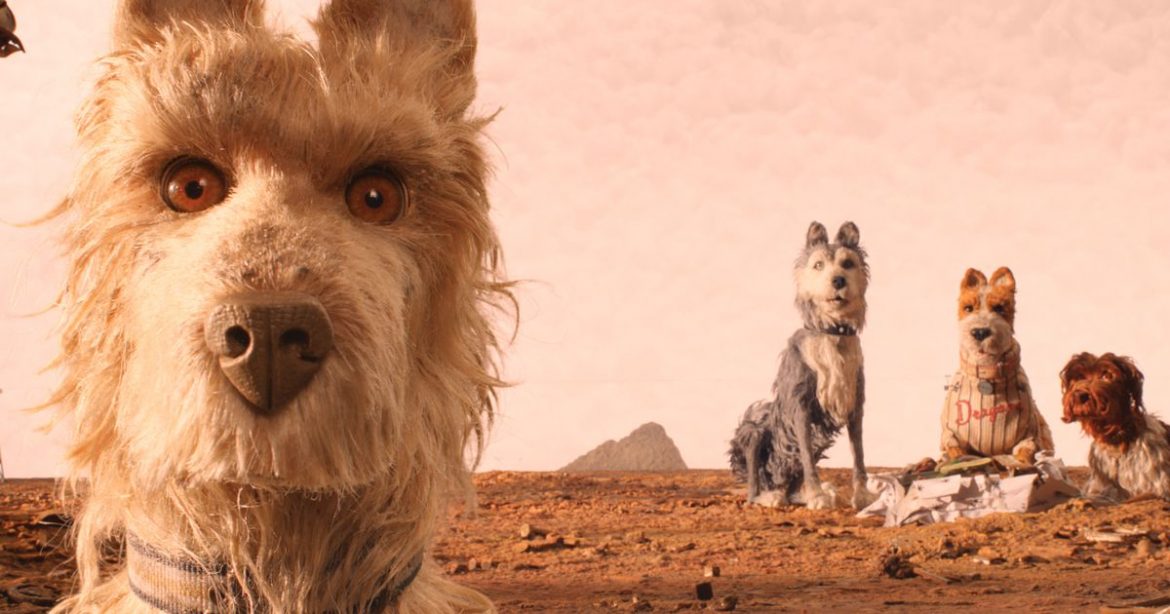 We are garbage, and do not deserve dogs
Image: Twentieth Century Fox

Wes Anderson’s Isle of Dogs has some glaring flaws. But anyone with experience in (or even a cursory knowledge of) the institutions tasked with managing pet populations in the real world will tell you it got one thing right.

We treat dogs like disposable trash. And as a society, we’re astonishingly comfortable with their systemic abuse.

SEE ALSO: There’s an extremely relatable hidden message in the title of ‘Isle of Dogs’

When my dog was first surrendered to our local ACCT, he was severely emaciated and covered in his own excrement. According to the staff, his condition was likely the result of being abandoned in a small cage for a long time. He had a curved spine and multiple bedsores, indicating he’d had little room to even move. His ear was crudely clipped, the jagged yet clean cut indicating a “home doxing” (which pitbulls are often subjected to in order to achieve their tough looks) gone wrong.

The sores where the cage had rubbed his skin raw would never grow fur again. His ear would also never heal, forever left standing at uneven attention — giving him a look of permanent inquisitiveness, like he’s asking you a question.

Those details aren’t meant to galvanize this particular dog’s suffering (he’s one of the lucky ones, actually), or the “goodness” of those who nursed him back to health. It merely exemplifies the average treatment of millions upon millions of abused and neglected dogs. He’s not exceptional, because he’s just one more piece of living evidence that we treat dogs like shit. And no one really cares about it.

Humans were the worst thing that ever happened to canines. And Isle of Dogs is one of the first films to openly admit that.

In the movie’s prologue, the dogs Jupiter and Oracle tell the story of canine domestication — from their perspective. They depict it as an atrocity where humans subdued their instinctual independence into a cozy co-dependence. Like most of the movie, the humorous tone is derived from the adorable dog logic behind it all. And like many Wes Anderson films, the humor makes a harsh truth easier to swallow.

Because these “sage” dogs are right. That’s exactly what we did to canine-kind.

Over the past century or so, human beings played god with dogs. We designed the majority of modern dog breeds at an unnaturally rapid rate, catering their looks and behaviors to our liking — at the expense of their life expectancy and overall quality of life.

Through selective breeding, over breeding, and inbreeding, most dogs have absurdly and dangerously small gene pools. According to many vets and animal biologists, most of the aesthetic preferences arbitrarily determined by organizations like the American Kennel Club should be recategorized as deformities that cause horrifying health problems (for more information, we recommend BBC’s Pedigree Dogs Exposed and Nat Geo’s And Man Created Dog documentaries).

And those are just the expensive prestige dogs. Don’t even get us started on the atrocities of puppy mills (for more information we recommend watching Dog by Dog or Madonna of the Mills).

The worst part, though? Many of these disgusting practices are totally legal in America.

Unlike most popular dog narratives in books, films, and viral internet videos, Isle of Dogs forces audiences to face the rotten, flea-bitten underbelly of the human/dog relationship. Which is very one-sided.

When you take a closer look at Isle of Dogs, the true villain of the movie is not actually the Mayor or his cat-loving dynasty. The story as a whole is more an indictment of the entire human population that is totally complicit and passive when it comes to the mistreatment of these animals that are often also their beloved house pets.

You might’ve found it odd that not many citizens in Isle of Dogs seemed overly concerned about abandoning their dogs to Trash Island. But historically, this is completely accurate. Human beings are very willing to abandon their dogs at the first sign of danger or, hell, even inconvenience.

According to the latest statistics from the ASPCA, approximately 3.3 million dogs enter animal shelters on a yearly basis in the U.S. alone. 670,000 of them are euthanized. The busiest times for shelters are after holidays like Christmas, because people who gift dogs like they’re stuffed animals abandon them once they realize they’re, you know, living things with needs.

Did you ever hear about the World War II effort that saw thousands of Americans surrendering their house pets to the government? Most of their dogs never came back, since the army carted them off into battle as little more than cannon fodder. How about this fun fact: Until 2000, every single military dog was euthanized or abandoned after their usefulness to the army ran out. Most still are.

As Isle of Dogs demonstrates, we are all too happy to put man’s needs first, and our best friends’ needs last — if their needs or emotions are even considered at all. Because at the end of the day, American law classifies cats and dogs as property, with little to no more rights than a chair (corporations, on the other hand, are afforded much more personhood).

As described in The Champions (an excellent book about Michael Vick’s dogs), animals “saved” from illegal operations like dog-fighting rings or lab testing are often kept as evidence by the government. That means they’re left to rot in storage until they’re no longer of use to the court — at which point they’re almost always indiscriminately euthanized.

When you know these things, its hard to not see the uncanny reality disguised in the unreality of this stop-motion animation.

Early in the movie, the mayor televises the disposal of his own pet as a public demonstration of his commitment to the new dog ban. Spots (who looks uncomfortably like my own dog) is silent, tail wagging, as he dutifully sits in his cage. He’s oblivious to the narration explaining the atrocities that are about to befall him. Even as he’s carted off into scarier and scarier situations, the loyalty and trust in his gaze never falters.

Then finally, when Spots is discarded onto Trash Island, still locked in his cage, he looks around at the place the humans have forsaken him to. For the first time, his resolve wanes. His eyes betray only a flicker of fear and uncertainty.

Later, audiences see that Spots met a gruesome end. None of the dogs could figure out how to open his cage, so he starved. We meet him again as a pile of bones, still imprisoned in a cage of human domesticity, sentenced to a slow, painful death by human indifference.

In that moment, I saw what could’ve happened to my dog. I saw what happens to the millions of dogs who don’t get “saved” by dumb luck.

A lot of salient points have been made about Isle of Dogs and cultural appropriation. The movie does an incredible job of establishing empathy for its canine protagonists, while failing to extend that empathy to its Japanese characters. This failure doesn’t just diminish the movie’s logic and message, but undermines Anderson’s very realistic depiction of how we treat our most dependent, vulnerable, and loyal populations like literal garbage.

Isle of Dogs might be willing to shine a spotlight on the normalization of animal cruelty, but it erroneously implies that this is a failure of the people in the fictional Japanese city of Megasaki. This gives the intended American audience the comfort of distance. Greta Gerwig’s white savior character further allows American audiences to leave the theater saying, “Yeah, but I’d never let that happen. We’d never treat our dogs like that here.”

But the truth is we do. It does happen here — a lot. This is who we are. And there’s no Deus Ex Machina election coming to save us from perpetuating it.

WATCH: Wes Anderson’s H&M Christmas ad is what we need this holiday season