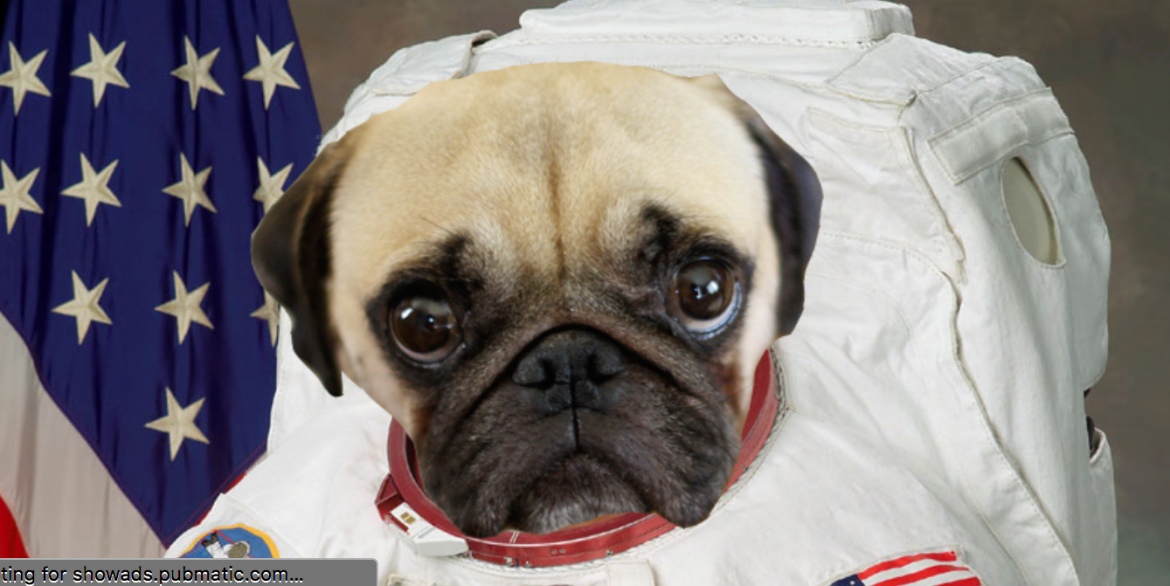 If you’re sick of seeing Harvey Weinstein’s face in your newsfeed, you’re not alone. It’s been weeks since numerous stories of alleged assault hit the news and women’s stories of harassment and assault just keep on coming. But at long last, there is hope.

The face of that hope? Pugs in space! New York-based comedian Jenn Welch has created a Chrome extension that wipes out Weinstein’s and a slew of other famous predatory men’s faces and promptly replaces them with glorious images of pugs in space. The pugs are joyous and carefree, tongues out, as they explore the vast and twinkling unknown. Welch, who is herself a survivor of assault, explains that while the extension features light-hearted images, her inspiration was anything but trivial. She told the Daily Dot, “There’s this catch-22 when you’re a survivor of rape and assault, where you’re so excited that this is all finally happening and that these predators and abusers are finally facing consequences, but then it’s also incredibly triggering to constantly see the faces of these abusive men all over the news and social media.”

She added, “Rape trauma is PTSD, and it can be debilitating. I can choose not to read an article if I’m already feeling triggered, but an image loads without warning, and all of these images in the news lately have been suffocating.”

In addition to her work in comedy, Welch also builds websites. She wanted to find a way to replace images of men like Weinstein with something that would make her laugh. When she stumbled upon the Make America Kittens Again extension for Google Chrome, she got inspired. MAKA creator Tom Royal had generously shared the code for his extension online in a GitHub repository. Welch made some adjustments and Space Pug Safe Space was born.

Although Welch originally imagined she’d replace Weinstein’s face with images of baby pugs, she remembered she had a repository of photoshopped images of pugs in space that she’d created for her former blog. She decided they were the perfect fit: random, silly, and they made her laugh every time.

Welch says the project has lifted her spirits in what has been a very bleak time. “As soon as I started working on this, I was able to pull myself out of a depression/panic attack that had been building for about three weeks, since these stories took over the news. I hope that it helps other people as well.”

If you love ‘Stranger Things’ and pugs, you should definitely check out ‘Stranger Pugs 2’